There is a rich history of Missouri-made technology journeying into outer space. From the Mercu ... Read More

Missouri Company Leading the World in Next Gen Battery Development

Right now, Missouri is tooling around the surface of Mars. And, the Mars mission could not happ ... Read More

According to Defense One's Marcus Weisgerber, Boeing is talking about more than aircraft th ... Read More

The U.S. is the world’s largest aerospace producer and Missouri has a rich history in aer ... Read More

Arnold Defense, a Missouri-based defense contractor, supplies most of the aircraft mounted missile launchers for the US military and allied militaries around the world. Since 1961, the Missouri team has produced more than 1.1 million launchers making them the world’s largest supplier of rocket launchers for military aircraft, vessels and vehicles.

Recently, Arnold Defense’s Chris Frillman talked with Shepherd Media during the Army Aviation Association of America (AAAA) Mission Summit about their latest innovation in support of the warfighter.

“The [new] 12-shot pod is the “sweet spot” between the M260 seven shot pod and M261 19 shot pod,” Frillman, weapon systems program director at Arnold Defense, told Shepherd Media’s Scott Gourley. Frillman told Gourley that 12-shot design emerged from a request to fly 19 shot pods on an OH-58 helicopter. “Our CEO was called and asked if they could land the OH-58 on the M261 pods,” he said. “And our CEO responded, “Sure you can – once.” 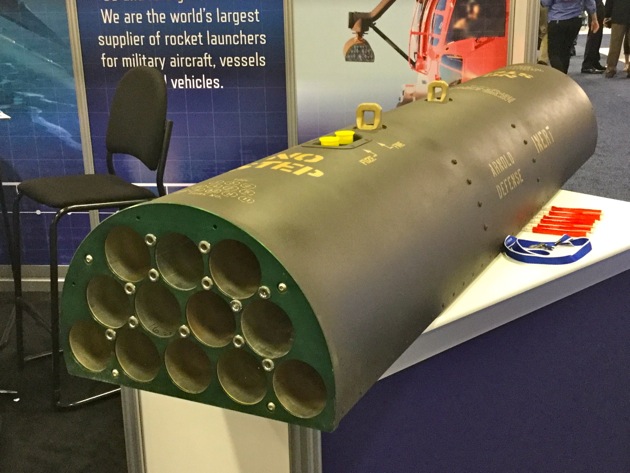 For more on the latest missile launcher from Arnold Defense you can read the full article here. And then learn more about Arnold Defense on their website.