Missouri’s workforce makes many impressive products across several industries – from the best-selling trucks and vans in the U.S. to innovative products that are reshaping animal health. But one that soars higher than all the rest is the Boeing F/A-18 that’s flown by the U.S. Navy Blue Angels.

In 1986, as the Blue Angels flight demonstration squadron completed its 40th anniversary year, the team unveiled the new, Missouri-made F/A-18 Hornet. The one-of-a-kind fighter jet is manufactured by Boeing at its Defense, Space, and Security facility in St. Louis, Missouri.

The Hornet was the first dual-role fighter/attack aircraft and is still serving on America’s front lines. The aircraft is a unique combination of high power and light weight, which gives the multi-mission strike fighter impressive maneuverability, climb rate, and acceleration – important both in combat and shipboard operations.

As with the aircraft that the team used previously, the Blue Angels were able to perform the Dirty Loop maneuver in formation with the landing gear down – a maneuver still not performed by any other flight demonstration team in the world – in the newly unveiled fighter jets. The Hornet also allowed the team to perform maneuvers such as the Section High Alpha Pass, a slow, high angle of attack maneuver performed by both Solo pilots. 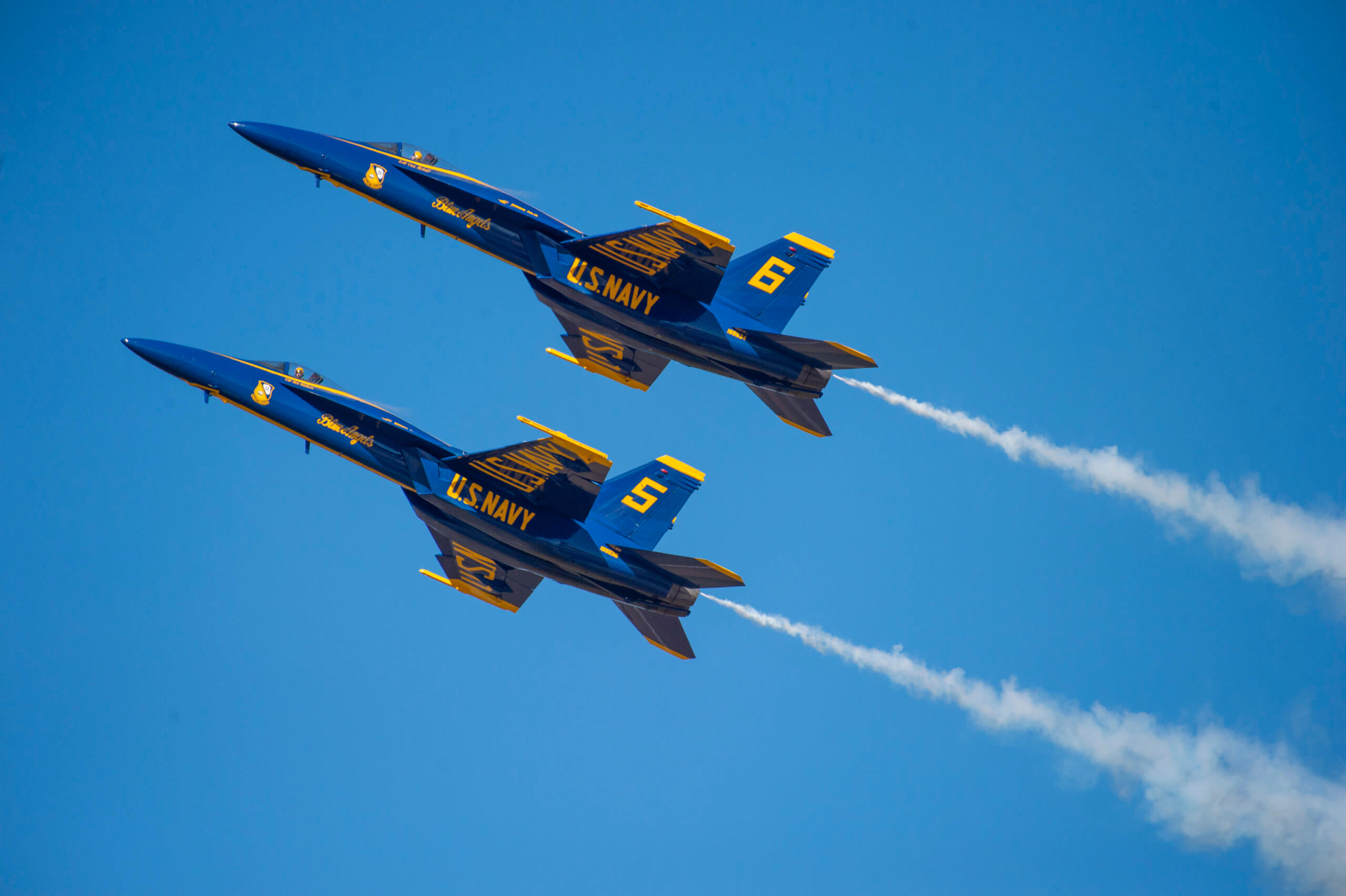 Now, in 2021, the Blue Angels are beginning to take a new Missouri-made aircraft to the skies – the F/A-18 E/F Super Hornet fighter jets.

“We are incredibly honored to have the opportunity to salute those teams who have flown, maintained and supported this platform for over three decades of service,” said Cmdr. Brian Kesselring, the Blue Angels’ commanding officer and flight leader. “We deeply appreciate the expertise and operational knowledge Blue Angels past and present have brought to the team and we look forward to enhancing our operations as we fully transition to flying the Super Hornet.”