The Kansas City Region sits on the Missouri River, at the crossroads of four major interstates, three major highways and five Class 1 rail lines, and is served by the Kansas City International Airport. This combination of logistical assets offers direct connections to markets across North America and around the world.

The region is one of the two key automotive manufacturing hubs in Missouri, producing both the Ford F-150 and the Ford Transit vans. More than 333,235 Ford F-150s were built in the region in 2019.

The Kansas City Region is also in the center of the Animal Health Corridor, a key area of strength for Missouri in the agtech and health innovation sectors. Regional companies represent 56 percent of the worldwide sales of animal health products.

Cerner, Hallmark and H&R Block call this area home, with more companies joining them all the time, especially in the areas of health innovation, logistics and financial services. 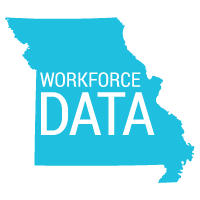 Missouri ranks second in the U.S. for completed apprenticeships according to a new report from ... Read More

The team loves the downtown location and the opportunity it provides. This area is rich with innovation and AutoAlert is excited to be added to the mix. AutoAlert is raising the bar to bring high paying tech jobs right to the heart of Kansas City and the Silicon Prairie.

One of our top executives was working for us out in Los Altos, California. And he came to us and said,’Please let me move there.’ He’s been in Kansas City 3 or 4 years now, and he loves it. I don’t think you could get him to leave.

Kansas City is the ideal location for our punched grid manufacturing center of excellence given its proximity to key Exide customers and our existing manufacturing facilities as well as access to an experienced local workforce.