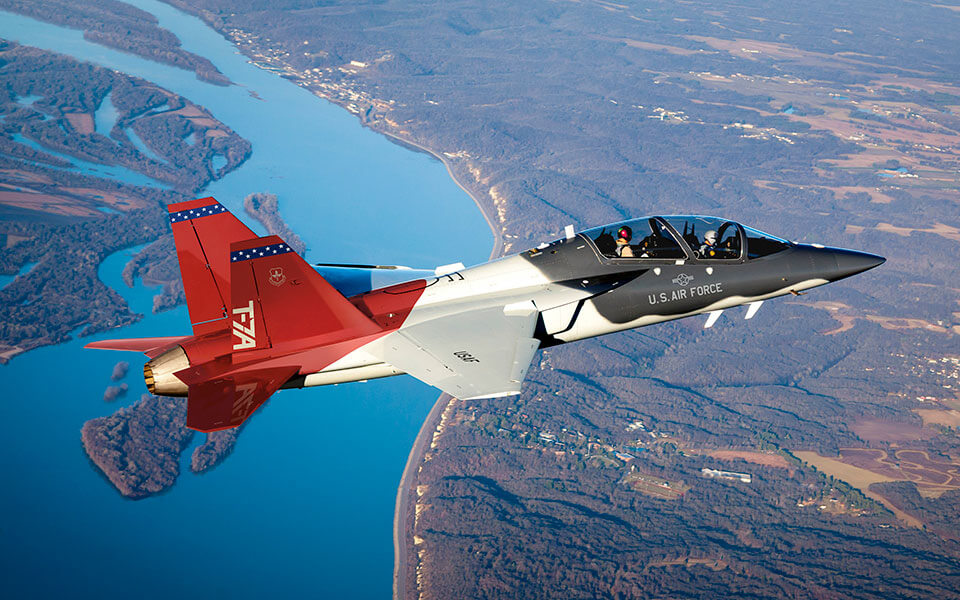 The name is derived from the Red Tails, also known as the Tuskegee Airmen. This historic group was the first unit of African-American military pilots and support personnel who fought in World War II. They became known as the Red Tails due to the distinctive red paint on the tails of their P-51 Mustang aircraft.

The announcement was made during the opening session at the Air Force Association’s annual Air, Space & Cyber Conference in National Harbor, Md. Acting Secretary of the Air Force Matthew Donovan unveiled the name and livery.

The new T-7 is an all-new training system purpose-built for specifically for the Air Force’s mission, giving the U.S. Air Force a flexible design that can adapt as technologies and training needs change. The new aircraft is being produced in Missouri, along with the F/A-18, EA-18, F-15, MQ-25 unmanned refueler, and a large amount of munitions.